All branches are closed Thursday, November 26, 2020, in observance of Thanksgiving Day. 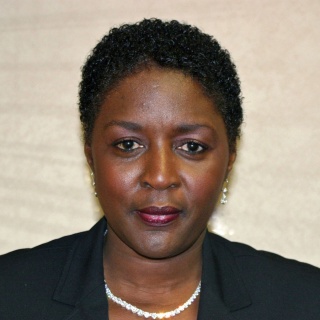 Hanscom AFB, MA (November 9, 2020) – Cynthia Donovan, an assistant vice president and branch operations manager at Hanscom Federal Credit Union, was honored with the credit union’s Cushman Award this year. The award, which recognizes a top-performing employee, was announced during a virtual town hall for credit union staff on November 9, 2020. This is Donovan’s second time winning the coveted award, the first employee to win it twice.

The Cushman Award was designed to recognize a team member who exemplifies the credit union’s core values of Members First, Integrity, Teamwork, Innovation, and Empathy. The award is named for John Cushman, a volunteer who served for many years on Hanscom FCU’s board of directors and gave tirelessly of his time and energy to improve service to members.

Donovan began her career with Hanscom FCU in 2004 when she was hired as branch manager for the credit union’s Bedford (MA) branch. In 2009, she was promoted to assistant vice president, then transferred to the Natick and then MITRE-Bedford branches. A promotion in 2017 to branch operations manager had Donovan moving to Hanscom FCU’s corporate office on Hanscom AFB.

“We recognized Cynthia this year for her empathy,” said David Sprague, Hanscom FCU’s president and CEO. “No matter how busy she is, Cynthia always makes it her priority to answer questions in a timely manner. If she doesn’t know the answer, she makes every effort to track down the correct answer for her colleagues. Her positive and welcoming attitude makes her a true asset to Hanscom FCU.”