Hanscom FCU President and CEO Inducted Into Hall of Honor 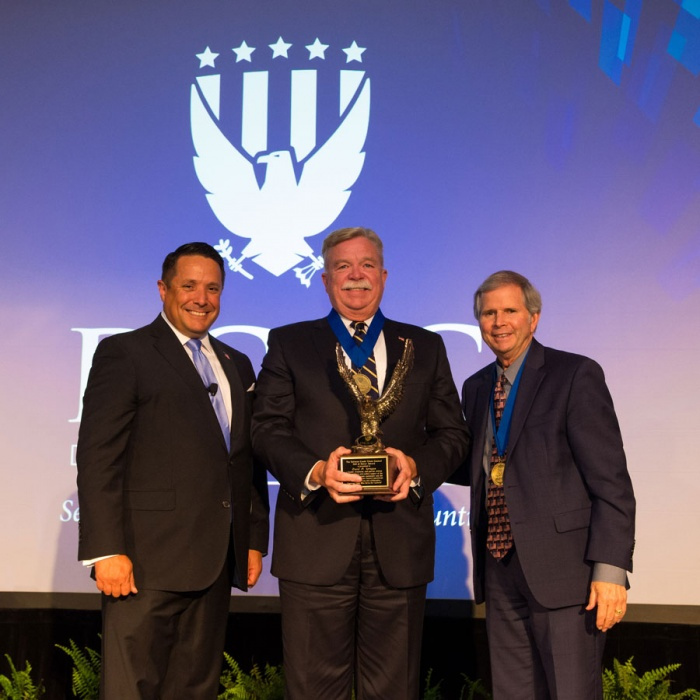 Hanscom AFB, MA (September 9, 2021) – Hanscom Federal Credit Union president and CEO David Sprague was inducted into the Defense Credit Union Council’s (DCUC) Hall of Honor at their annual conference this August in Naples, Florida. Sprague joined Hanscom FCU in 1996 and has been dedicated to both the credit union and the community at large.

Under David Sprague’s leadership for the last 25 years, Hanscom FCU’s assets have grown to $1.7 billion and membership has more than quadrupled to over 90,000 members. With his guidance, he has helped the credit union become the fifth largest in Massachusetts, serving many of its members through branches on military installations and by offering services and products designed to help service members and veterans reach their financial goals.

Sprague’s leadership extends far beyond Hanscom FCU to the credit union industry and our community as a whole. He has developed a deep relationship between the credit union and Hanscom Air Force Base, with partnerships between military leadership and personnel, families, and organizations on base. He oversaw the establishment of Hanscom FCU Charitable Foundation in 2013, an independent, nonprofit 501(c)(3) corporation to provide financial support to a variety of organizations, including over 60 percent to those assisting active service members and veterans.

“I want to congratulate David on his induction into the Hall of Fame,” said John Delcore, Hanscom FCU’s chairman of the board. “I think he’s a great guy, he’s a consummate professional, and we’re all so proud of his accomplishments and can’t think of a better person for this to happen to.