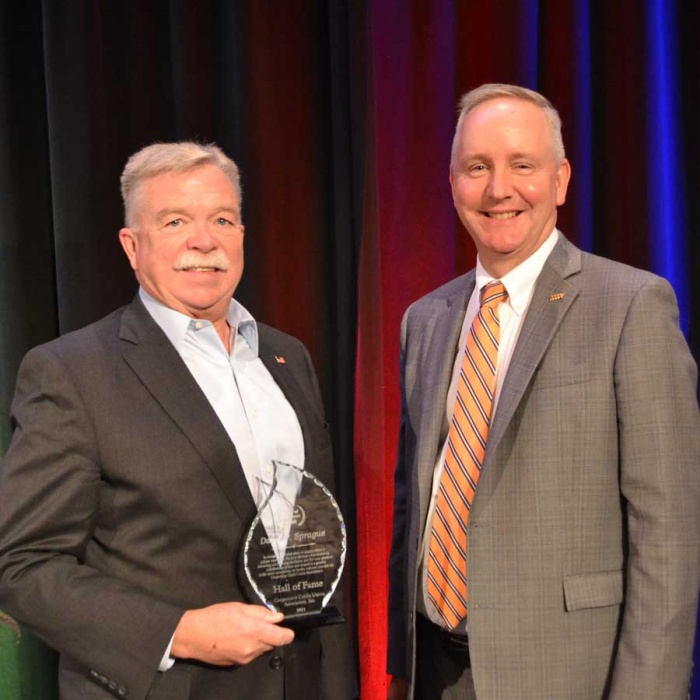 According to the CCUA, the award honors those who make a difference by their personal embrace of the credit union system, its values, and its principles.

Under Sprague’s leadership over the last 25 years, Hanscom FCU’s assets have grown to $1.7 billion and membership has more than quadrupled to over 90,000 members, which includes federal government employees and over 400 Select Employer Groups (SEGs). With his guidance, he has helped the credit union become the fifth largest in Massachusetts, serving its members through 22 branches in eastern Massachusetts and Virginia, as well as through a robust online banking presence.

Sprague has developed a deep relationship between the credit union and Hanscom Air Force Base, with partnerships between military leadership and personnel, families, and organizations on base. He oversaw the establishment of Hanscom FCU Charitable Foundation in 2013, an independent nonprofit 501(c)(3) corporation that supports organizations improving people’s lives in the areas of health, education and well-being of children, homelessness prevention services, and programs for veterans and their families.

“We’re all so grateful of what David has done for our credit union for the last 25 years,” said John Delcore, Hanscom FCU’s chairman of the board. “He has led this organization through good times as well as challenging years, and we’ve been able to grow and thrive thanks to his calm, clear-headed management style. David’s a humble guy, so I’m thrilled he accepted this award. It’s long overdue!”