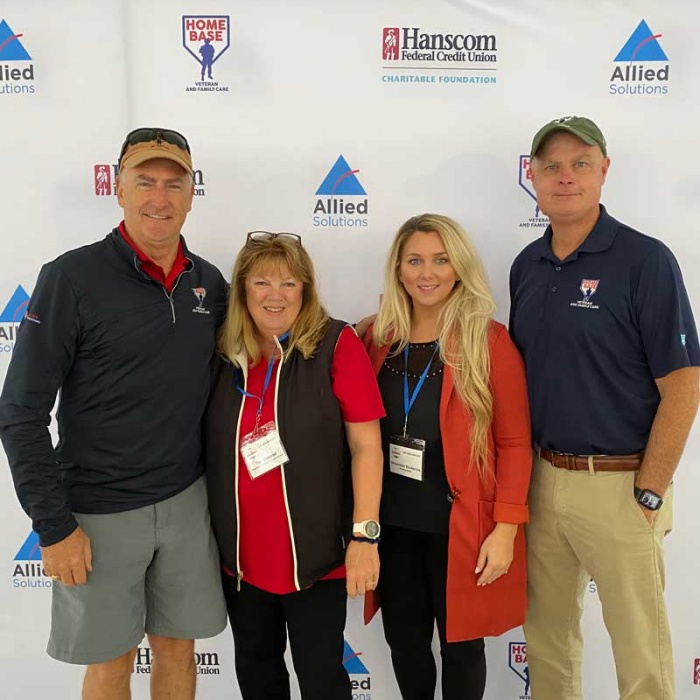 LITTLETON, MA (September 29, 2022) – The 8th Annual Alan M. Hart Memorial Charity Golf Classic, hosted by Hanscom FCU Charitable Foundation at the Red Tail Golf Club in Devens, MA, raised $150,000 this year for Home Base, a Red Sox Foundation and Massachusetts General Hospital Program. Funds raised during this month’s event, headlined by Allied Solutions, contributed to the Foundation’s $750,000 commitment to support Home Base over five years. A portion of the money raised this year will be used to sponsor Run to Home Base, a fundraiser held at Fenway Park every summer.

Golfers participated in the scramble-style tournament that included longest drive and hole-in-one contests, breakfast and lunch at the clubhouse overlooking the 18th green, and this year featured special guest Orlando Cabrera of the 2004 World Series-winning Red Sox team. Another returning fan-favorite fundraiser of the tournament was a putting contest with beverage prizes sponsored by August A. Busch and Co. and the Armed Forces Financial Network.

Home Base is dedicated to healing the invisible wounds of war for veterans, service members, and their families through world-class clinical care, wellness, education, and research. Recent years have been particularly challenging for veterans coming to Home Base for treatment. Keynote speaker and Brigadier General (ret.) Jack Hammond, Executive Director of Home Base, spoke movingly during the opening ceremony of the support the Foundation has given to his organization. “You are deeply committed to the veteran community,” he said. “It goes back to the whole philosophy of Hanscom FCU. Your connection to our people, our veterans, is something we truly value and we deeply value your friendship.”

He later remarked, “I think what’s most special about this is the fact that it truly demonstrates the support of a grateful nation for our warriors and their families. Too many of them come home from war and, given all the circumstances and the kind of abrupt pull out of Afghanistan, and you see what’s going on in the world, they wonder if what they did was worth the sacrifice they made and if anybody actually cares about what they did. This shows that people care.”

Teresa S. Conrad, Chairperson of the Foundation, said in her opening remarks, “Our commitment to our veteran community is paramount to Hanscom FCU’s strategic goals and mission. I am proud of what we’ve been able to raise for Home Base each year with this tournament.”

Named after longtime director of Hanscom FCU, founding chairman of the Foundation, and avid golfer Alan M. Hart, the Classic aims to honor both his memory and his commitment to community service.

This annual golf tournament, held in September, supports Home Base, a Red Sox Foundation and Massachusetts General Hospital program, in all they do to heal the invisible wounds of war for veterans of all eras, service members, military families, and families of the fallen. Three years ago, we pledged $750,000 in support over a five-year period. To date, we have raised over $1.2 million to support the important work Home Base is doing for our nation’s veterans and their families, who have given so much on behalf of our country. The Classic is held at Red Tail Golf Club, an 18-hole championship golf course, in Devens, Massachusetts.

Mr. Hart was a longtime director of Hanscom Federal Credit Union and the founding chairman of the Hanscom FCU Charitable Foundation, Inc. In addition to his commitment to community service, he was an avid golfer. The Classic has been named to honor his legacy, and today, the Hart family attends and participates in the event. 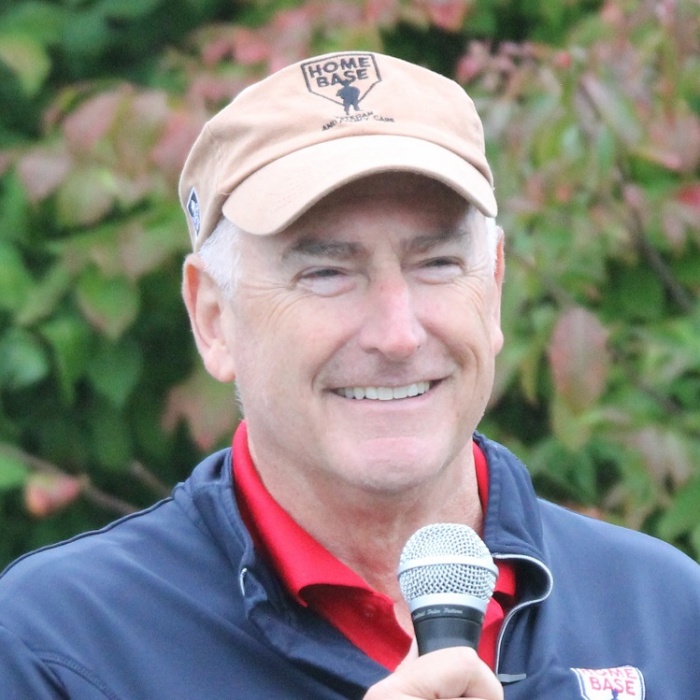 Home Base is a national nonprofit dedicated to healing the invisible wounds of war through direct clinical care, wellness, education, and research all at no cost to veterans, service members and their families. Learn more

“What’s most special about this is the fact that it truly demonstrates the support of a grateful nation for our warriors and their families.”  Brigadier General (ret.) Jack Hammond, Executive Director, Home Base Program

Many thanks to our Title Sponsor, Allied Solutions, and Platinum Sponsor, Fiserv, along with all our Gold, Silver, and Bronze Sponsors for a fantastic day of golf and their generous donations to this important work Home Base is doing for our veterans.